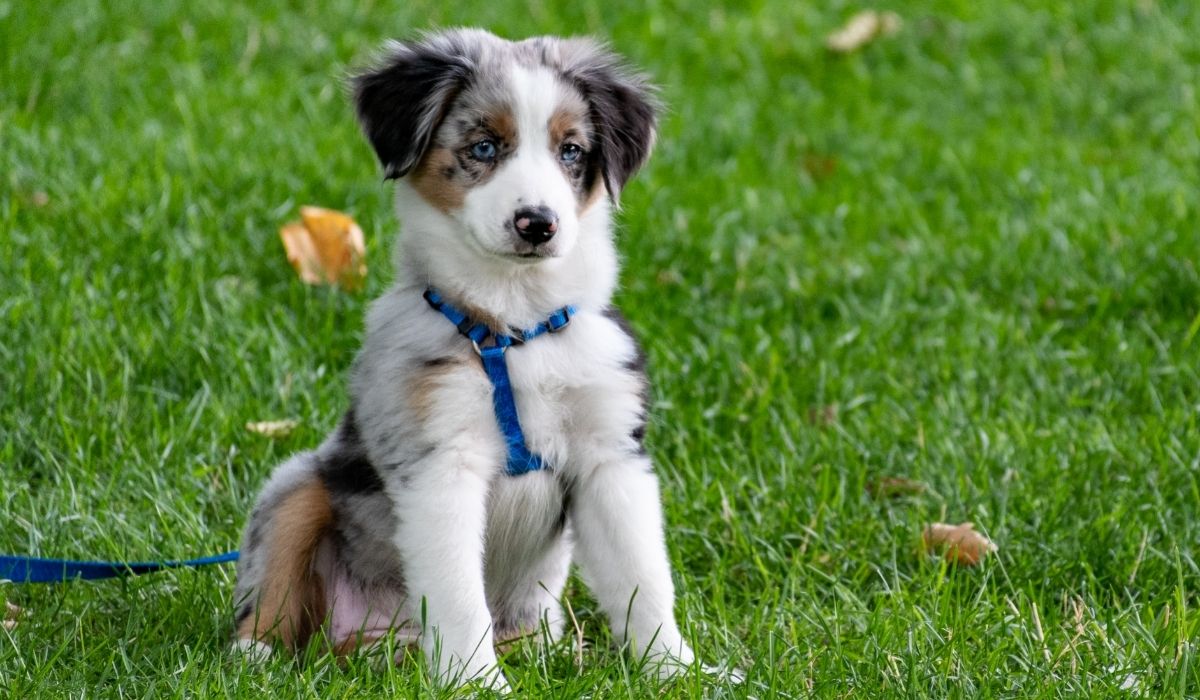 The History Of a Passion For Change

I am not in the habit of explaining myself. Here are the facts as I see them. I have done what I believe a Doctor of Medicine should do. I obtain over 100 hours of CE every year, including about four hours each year on vaccinations. I read peer reviewed journals, with what I believe is a healthy skepticism. I do not get my CE from drug companies or their adds. I adopt what I have learned into my practice, and try to keep my recommendations to my clients based on current evidence based information.

Fourteen years ago I watched Veterinarians embrace Corona vaccine for adult dogs, in spite of the fact that no one I know had ever seen a case, and in spite of the fact that TAMU did not adopt this vaccine into their recommendations. I called R&D at the vaccine manufacturer and asked why they were marketing corona vaccine for adult dogs when Dr Ron Schultz said dogs over 8 weeks of age were not sucesceptable. The Technical Service Vet agreed with Dr Ron Schultz and told me the vaccine was intended for use ONLY in breeding operations where puppies were demonstrated to have a problem with the virus, and that marketing does not listen to R&D. I asked the Texas State Board to encourage DVMs to get CE on this subject and was rebuffed. For fourteen years I have hoped my colleagues would come around. Instead I have watched as fibrosarcoma cases rose to 22,000 per year and Lyme disease and Lepto are marketed in areas of the country where there has never been a case. I watch as even more questionable vaccines come out, like Bordatella for cats and Giardia vaccine.

While attending conferences like WSVMA and NAVMC I have asked over 400 DVMs from various parts of the country if they attended the seminars on New Vaccination Protocols. I was told by all but one, “I don’t care what the data says, I am not changing.” One DVM here on VIN even said “I am not changing until the AVMA makes me change.”

I tried to work within the system. I asked the Local VMA to have Alice Wolf or Richard Ford speak. I was told three years in a row, “No, it is an unpopular subject.” I asked the TVMA to have seminars and finally after three years they agreed and had Dr Alice Wolf and Dr Richard Ford. Very few DVMs changed their protocols, and very few (40 out of 1400 in attendance, and no State Board members) came to hear Dr Ford. I have seen Dr Ford come all the way from North Carolina to speak to eight DVMs in a Greyhound bus terminal and two DVMs walked out on him.

I joined the TVMA Companion Animal Committee. At the first meeting I said “ I believe Veterinarians have one of the best public images of any Profession. I think that it is in the best interest of our profession for our clients to hear about the new vaccination recommendations from their own DVMs first, rather than from the press as had already happened in Great Brittain.” Two committee members said they did not care what the data said, they were not changing their protocols. Two days later I was kicked off the committee and told  “My viewpoint would tend to alienate members.” The next year an Ex President of the TVMA said “A difference of opinion should be a mere speed bump to serve to make us stop and think,” and he urged the TVMA to let me be on the committee, but again I was refused.

I waited patiently for the AAFP to revise their guidelines only to see one DVM from a drug company prevail with annual FeLV vaccine recommendations over the majority on the committee who were in favor of every three years. I waited patiently for the AVMA-COBTA to revise their recommendations. They completely ignored my request to address age related immunity and Corona vaccine. They got off to a good start in what they said in Salt Lake City in July 2000, but eventually yielded to political pressure and even did a 180 on some recommendations, based on politics and not science. The end result , Principals of Vaccination, is so ambiguous that only someone who has studied all the data first could understand what they are saying.

It is hard for me to keep euthanizing fibrosarcoma cats and comforting distraught owners. I am annoyed by having to respond to numerous State Board complaints by my competitors about my recommendations, when I am conscientiously trying to do the right thing.

I have gone to the Texas State Board in Austin three times, and written them six letters simply asking them to encourage Veterinarians to obtain CE on this subject. They did not read the journal articles I sent them, they did not read my letters. Instead one State Board member told me at the meeting, that he could vaccinate a clients pet every week for twenty two years and nobody could tell him not to.

In the mean time Pfizer comes through, buying fajitas for DVMS, citing references from the 60’s and 70’s on vaccines that are not even on the market anymore, while omitting all the new research and data. They conclude by telling the audience just what they wanted to hear, keep vaccinating every year for every disease.

On VIN I saw the futility of trying to point out to Veterinarians that the data does exist and asking them to consider the ethical side of what they were doing. I did, however get a dozen e-mails from DVMs on VIN who agreed with my views on new vaccination protocols, so I started a support group for DVMs who had already changed their recommendations, to share data, logistics and mostly moral support. That is where I got the idea to offer seminars. I invited 600 DVMs to these seminars, and only seven attended. Some came only to heckle me or try to commandeer my audience. I offered free seminars to every local VMA in Texas with only one taker. I also offered my seminars to dog clubs and the public. As it happened, there were pet fanciers who already knew more about this than most Veterinarians as well as government officials, attorneys, and members of the press in attendance.

Recently I euthanized another cat with a fibrosarcoma. I witnessed the large bills on two dogs with IMHA in my care, (fortunately doing well). I also spoke with a distraught dog owner who’s 12 week old, 2 lb Chihuahua was administered DHLPP, and possibly because of the immunosuppression of the lepto, developed vaccinal distemper encephalitis, kidney and liver failure and was euthanized. It is my understanding that lepto should not be given to dogs less than 16 weeks of age, as it is immunosuppressive.

My wife and I have two new dogs, to which we have already become very attached and derive a great deal of pleasure from. Either of us would be distraught if our pets died from an adverse reaction to a vaccine that was unnecessary. (There are only an average of 11 cases of lepto on Texas each year, and dogs over eight weeks of age are not susceptible to corona disease.) I think the public has a right to know.

Our practice act says: Veterinarians shall conduct their practice with honesty, integrity and fair dealing. Veterinarians shall expose without fear dishonest conduct in the profession. It is the right of any Veterinarian to, without fear, give proper advise to those seeking relief against unfaithful or negligent veterinary services. I know that I will suffer repercussions from this article, and my complaints to the Attorney General, and it all might end up on the bottom of a birdcage. I am motivated only by my compassion for the pets and their owners

There are institutions in place to promote high standards of the practice of Veterinary Medicine.  Ford and Firestone; Enron, Arthur Anderson and the SEC; and the Catholic Church have done a poor job of addressing their ethical challenges. Neither the leaders of our profession, nor the followers learned anything from the mistakes of others. The press cries out “Where was the SEC? Where were the auditors? Where were the Board of Directors ?” The AVMA, USDA, State and local VMAs, the State Boards and their requirements for CE, as well as the individual Veterinarians of our profession have all been inadequate in dealing with this ethical challenge. My letters to each of these institutions were ignored. It saddens me greatly to see this issue settled in the press or in the courts. From Harry Potter” It takes a great deal of courage to stand up to your enemies. It takes even greater courage to stand up to your friends.”

What kind of example do we set for the new graduates who are taught new vaccination protocols in school, when they come out and go to work for us? That the Ivory Tower Proffs don’t know what they are talking about, or that it is acceptable to mislead our clients? That we should all have unquestioning loyalty to our collegues, keep quite about our little secrets, cover things up, and that it is not acceptable to be a “snitch”?

I start out all of my seminars and talks with the press by saying, “ I believe that there are 6000 Veterinarians in Texas who are honest, ethical people. I have classmates I highly admire. However, these same people are avoiding learning about and acting on the new vaccination protocols. The problem with learning is that sometimes what you learn doesn’t make you happy, or make you more money. “

Emotional reactions by DVMs will attempt to make me the bad guy. Veterinarians have brought this on themselves. By avoiding the Journals and Seminars for seven years and failing to act in their own best interest, the Veterinary profession has put themselves in a position where the public can say anything that they want about them.

Some try to put a spin on my intentions as being self-serving. I am doing what is in the best interest of the pets I went to Vet School to learn to help and the people who love them. I don’t look for fights, I don’t walk away from them either.  Trying to shift the focus by making personal attacks on me, and all the Round- up in Texas will not make the ethical challenge we face go away.

“It is not the strongest of the species that survive, nor the most intelligent , but the one most responsive to change.” Charles Darwin

The only constant is change. It is imperative that we learn how to cope with change.

I have been referred to as the devil, and worse I am sure. As Harry Truman said, “I don’t give ‘em hell, I just tell the truth and it feels like hell.”